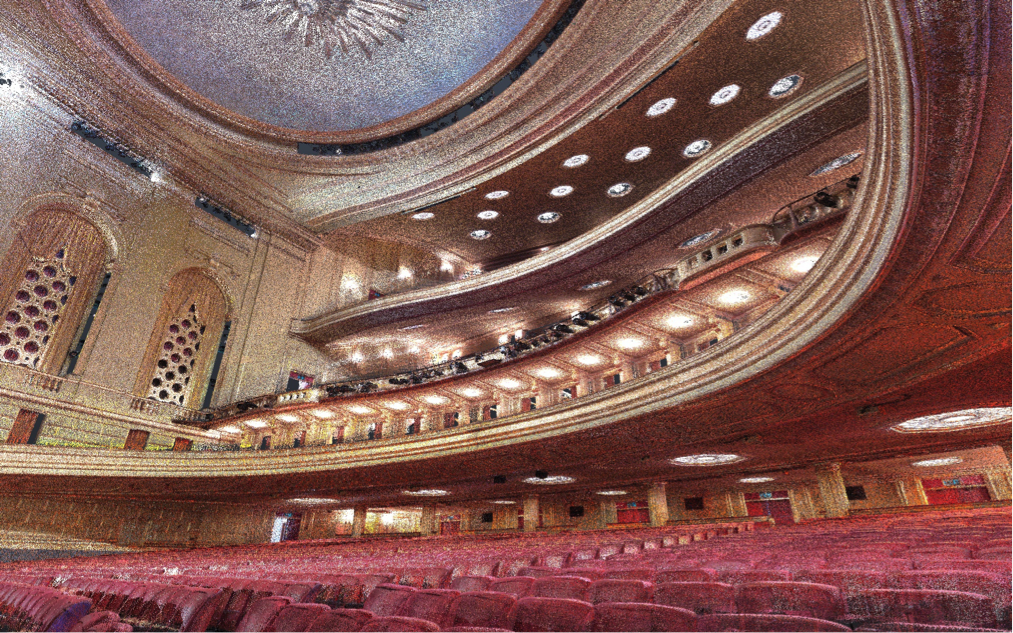 When disaster struck in 1989, the opera house was severely damaged by the powerful Loma Prieta earthquake. But the opera house did not die there. The unparalleled architectural design firm Skidmore, Owings & Merrill LLP (SOM) was hired in 1992 to oversee the rebuilding and repair process. In addition to these necessary repairs, plans were made for the first-floor auditorium to undergo a new seating arrangement and a few other general upgrades.

The Challenge– The beauty that comes with the greatest works of architecture does not come easy and neither would this. Documenting and modeling the different floor slopes, seating, and floor vents present in the opera house was going to be challenging. The 10,000 square feet of the first floor has a floor with different slopes. Certain areas of this floor have slopes that transition into steps and some of these steps have become gradual slopes. In order for the building to be ADA compliant, documenting the floor conditions was critical.

In addition to the unique floor structure, the opera house has over 1000 seats with a slightly different orientation depending on the aisle. Using traditional measuring and documenting methods couldn’t possibly record the detail in these conditions in an accurate or reliable manner. In order for the plans of the new seating arrangement to work, there would first have to be an understanding of the current seating conditions.

If things weren’t complicated enough already, the floor vent in between and under the seating also needed to be documented. This would reveal any issues that would cause the new seating arrangement to interfere with the floor vents.

Before moving forward, the rebuilding and repair plans for the opera house required an exceptionally detailed documentation of the existing conditions. There was no way, traditional measuring methods could perform this elaborate of a job.

The Solution– With a job this meticulous, traditional measuring methods would waste time, money, and energy. Instead of using these highly ineffective approaches, 3D surveying technology was used. Deep Design Studio, a 3D architectural surveying company based out of Chicago was called to the job.

Deep Design Studio took over seven dozen high definition scans of the entire first floor. These detailed scans were in color and included the area between the seats. A point cloud was created using Autodesk ReCap (a reality capture and registration software) and Autodesk Revit was used to create the 3D as-built modeling. The point cloud was used as a framework to model the existing conditions, including the different floor slopes, seating, and the floor vents. 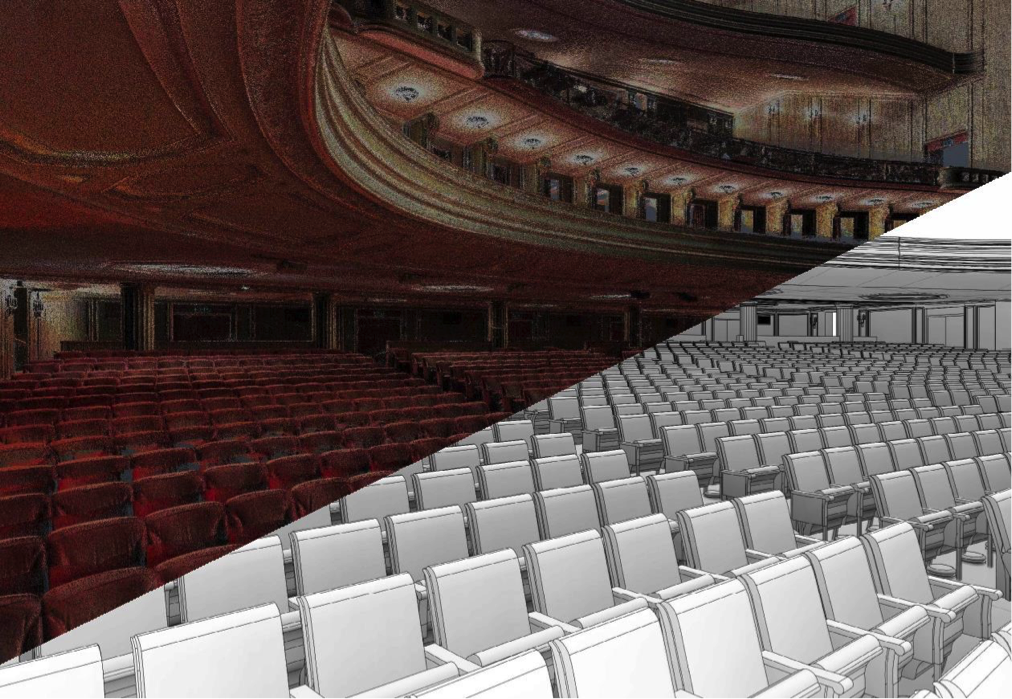 The Results– With the magic of 3D surveying technology, Deep Design Studio was able to create a complete and usable model replicating the first floor of the opera house. This virtual replication was created using building information modeling and allowed for precise design decisions without having to go back on-site to reconfirm measurements.

Beyond saving money and effort, 3D technology saved the consultants a significant amount of time. The entire process of scanning the auditorium, modeling it, and reviewing the details took less than a month to complete