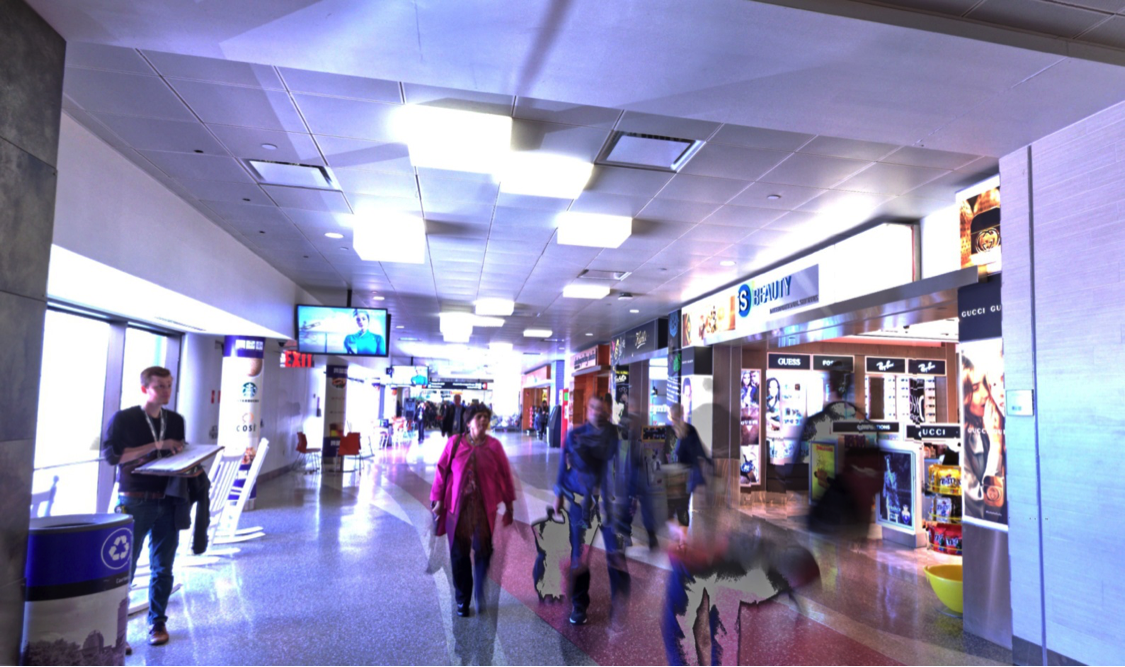 With roughly 40 million passengers traveling through each year, Boston Logan International Airport is one of the busiest airports on the east coast. Besides the long list of airline options and various travel destinations, Logan International Airport has another noteworthy feature. The New England Collections is your one stop source for Boston University apparel, sports gear, local snacks, souvenirs, and other knickknacks.

The new retail space of NE Collections was in the plans for a while, but first, an existing 3,000 square feet needed to be documented and redesigned. Before any designing could take place, this documentation would need to be completed.

The Challenge– Any busy site that sees a lot of foot traffic would present challenges when 3D scanning. Boston is an extremely busy airport with thousands of travelers arriving, departing, or making connecting flights each day of each week. Massport, the airport operator, would not allow any impediments to their business flow. This meant that any measuring activity conducted could not disturb the daily activities of the airport or its travelers.

In addition to the daily chaos occurring at the airport, the existing retail space constantly had its own share of customers migrating in and out. And besides the busyness of the area, the current store had a wide assortment of built-in shelves and unique ceiling lighting features.

These factors revealed the unavoidable reality— traditional measuring methods would be far too difficult to use and highly intrusive.

The Solution– And who arrives to save the day? None other than Deep Design Studio, a Chicago based 3D architectural surveying company accompanied with their 3D laser scanning technology. Deep Design Studio was commissioned to help facilitate the project. Upon arrival, dozens of scans were taken of the space and corridor for reference. These scans were taken in color and HDR, and were registered the very next day. A short week and a half later, Paul Lukez Architects received the final Revit as-built model that showed not only the space, but all the electronic devices associated with the space, as well the built-in shelving and ceiling features.

Shockingly, the entire process took less than two weeks. The deliverables were immediately put to good use. 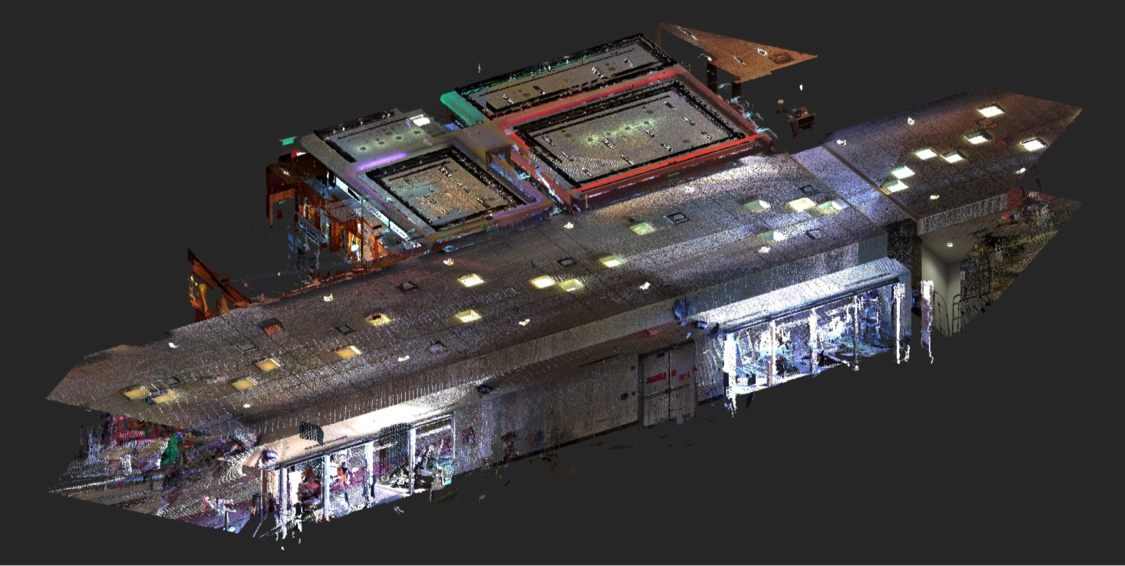 The Results– Deep Design Studio constructed a highly detailed model of the existing NE Collections space quicker and far more accurately than was anticipated. From there, Paul Lukez Architects was able to quickly and easily integrate the scan data and as-built Revit model into their design process. The level of accuracy of the as-built model permitted construction to begin. The high-quality work also meant little to no change orders or RFIs and the process could continue smoothly.