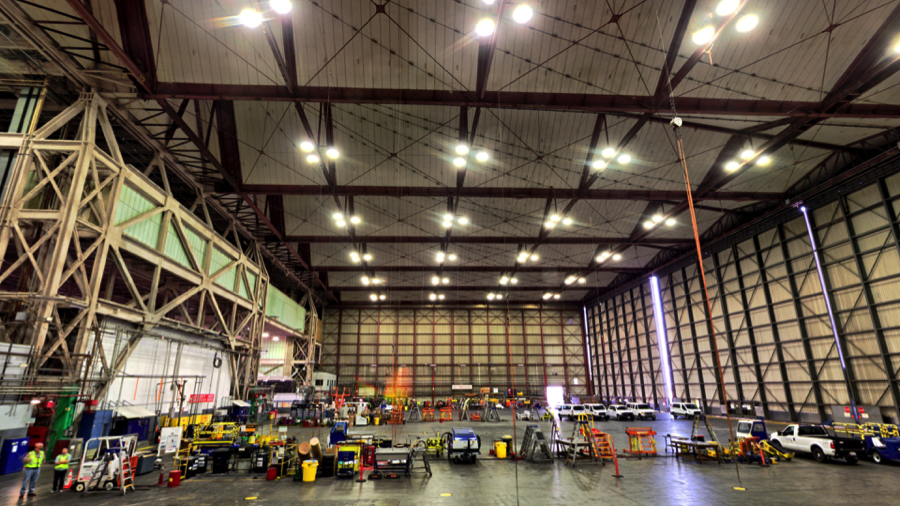 The San Francisco International Airport is one of the largest in the country and takes in hundreds of flights each day. To make sure these planes are properly maintained a Superbay hangar was built over five decades ago. The San Francisco Superbay Hangar that houses and maintains planes for American and United Airlines, has a 250,000 square foot-building footprint and a 140-foot tall roof. It was the largest hangar built by American Airlines back in 1969 to house 747 aircrafts. Located on the north end of the field of the San Francisco International Airport, the maintenance hangar is shared on one half by American Airlines and the other by United Airlines.

The Challenge- Such a large and dated structure located in an area with seismic activity has to adhere to the most stringent and current building and fire/life safety codes. In order to meet these current requirements, the hangar’s outdated wet and foam fire suppression system used on each side with an open volume of about 12,000,000 cubic feet had to be replaced. What made this even more challenging is that the Superbay Hangar has a unique structural system of light-gage steel beams that cantilever over 230 feet from the center of the hangar in each direction. So, with the current lightweight steel construction, abnormal beam types given the roof design, and a cantilever system having 50 foot wide structural bays; the new system would have to be designed and installed to not compromise the existing structure.

Berger Steel Corporation was hired to identify the connection points in the existing structure for the new fire suppression system that would be well integrated into the structure and still meet all building and seismic codes. To accomplish this, Berger Steel Corporation needed accurate field measurements of the hangar that could not be obtained using traditional methods do to the large volume of space. Furthermore, an accurate 3D as-built model of the Superbay hangar had to also be created for engineering calculations and fabrication. 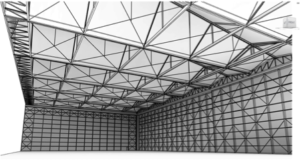 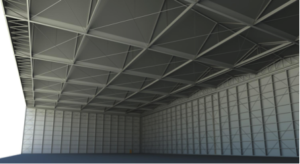 The Solution-  “A 3D survey of both sides of the Superbay hangar, using the latest 3D scanning and reality capture technology, was the only feasible way to generate an accurate 3D model of the existing conditions,” according to Deep Design Studio. Deep Design Studio is a 3D architectural surveying company based out of Chicago that was hired to take high definition scans of each side of the hangar to create a unified point cloud using Autodesk ReCap. The point clouds were then used to create a detailed 3D model of each side of the hangar that included information such as the size and shape of the structural members and their location. “There is really no other way to efficiently and accurately document such a huge volume of space with 3D scanning,” as explained by Deep Design Studio.

The Results- With the use of 3D scanning to generate a point cloud, Deep Design Studio was able to deliver models of both side of the Superbay hangar to Berger Steel Corporation, which were well utilized for design load calculations and production. Deep Design Studio was able to create detailed 3D models of each side of the hangar using Autodesk Revit, which is an industry standard Building Information Modeling software able to integrate with other engineering software. For this reason, the delivered Revit model was able to be translated into another structural program using an IFC conversion method. And, in the end, Berger Steel Corporation was able to use the as-built model to fabricate the appropriate connections and properly locate them based on the 3D model Deep Design Studio created using 3D scanning technology. “As technology continues to advance parts of the AEC industry, more demand will be placed on accuracy and detail on the front end of projects,” according to Deep Design Studio – “which is why 3D scanning is playing such an important role on large, and small, projects.”

How to Best Utilize 3D Scanning for Your Architectural Project